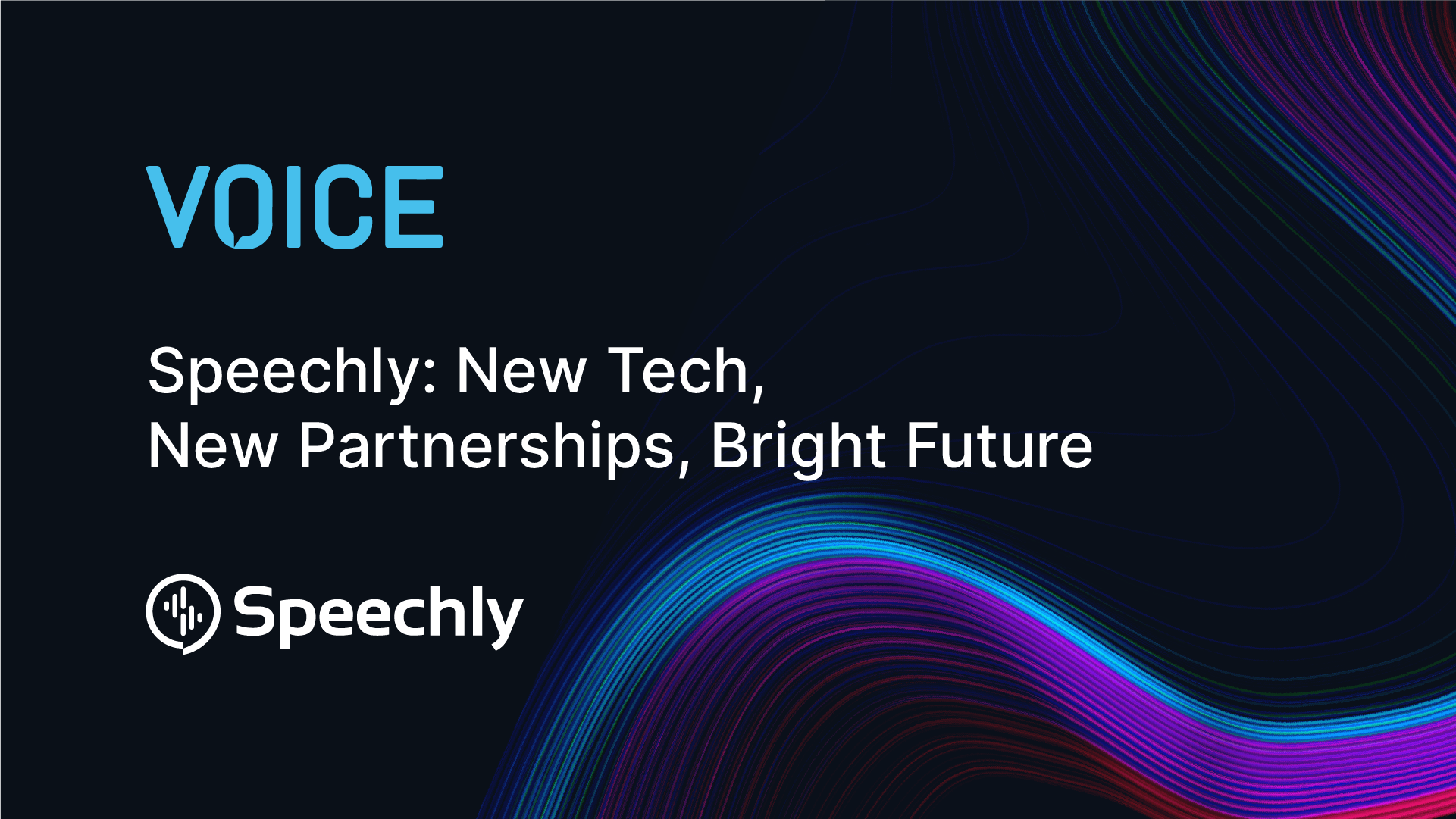 Our friends over at Speechly have been quite busy lately. They released their new Alexa-to-Speechly conversion feature in December 2021. But it didn't stop there. In early January 2022, Speechly also joined Y Combinator, possibly the best-known startup accelerator, as part of its Winter 2022 batch.

Let's unpack those two points to get a sense of their impact.

Speechly was founded by AI researchers in Helsinki, Finland, in 2016. Its mission is to make it easy for organizations to build and integrate voice features into their products quickly and easily. Speechly is becoming known for its fast, accurate, and simple Voice Interface API for web and mobile. Its proprietary technology enables developers with no speech recognition or NLU experience to easily add intuitive multi-modal voice UI functionalities into any application with just a few lines of code.

Y Combinator, as mentioned above, is arguably one of the world's top startup accelerators. Aside from providing startups with a Y Combinator profile (which in itself provides great visibility), its main focus is on delivering two critical services to up and coming tech startups:

Y Combinator can really make a significant difference in taking a startup to the next level. However, it only selects between 1.5% and 2% of the submissions it receives - so being chosen to join is a big deal.

So now that it's working with Y Combinator, we can expect some exciting new experiences and tech from Speechly.

As Mandi Galluch, Head of Marketing at Speechly, says, "With our inclusion in the YC Winter '22 batch, Speechly is well-positioned to continue to grow our footprint and expand our impact by bringing more experiences "powered by Speechly" to the marketplace. We'll continue to work on our core technology and improve the developer experience within our product. Our commitment to our users and to helping more people speak and feel heard will now have the added support of the resources unlocked by YC."

Speaking of its new voice tech, Speechly recently released a new tool that effectively lowers the barrier of entry to scaling voice experiences with theirits API from to expand beyond legacy voice UIs. Announced at Modev‘s 2021 VOICE Summit in Arlington, Virginia, the Alexa-to-Speechly conversion feature enables developers to create a new Speechly application from an existing Alexa skill in just a few easy steps. That means that you can easily turn an Alexa skill into a streaming Speechly voice application that can then be used to enable Reactive Voice UI experiences acrossover the Internet.

Speechly provides written and video instructions on accomplishing this on its website. But it's so easy that we think we can sum it up in one short paragraph:

In a nutshell, it's simply a matter of exporting the existing Alexa Interaction model, creating a new application in the Speechly dashboard, and uploading the model into the new application. The file will be converted to a Speechly configuration - that you can still edit - and the result will appear as if it was written for Speechly from scratch. After that, you simply click "Deploy," and within a few minutes, the app is trained, and you can start playing with it in the dashboard. From there, it can be easily integrated into a website UI and business logic.

As Speechly CEO Otto Söderlund says, "We believe in a voice-enabled future where all companies can add voice user interface features into their own websites and applications, without the restrictions and data sharing requirements that come with developing in Big Tech-owned third-party ecosystems. Speechly's proprietary technology was built to give control back to the developers so that they can easily add multi-modal voice UI functionality anywhere with just a few lines of code. This latest release means that it's now even easier to get started scaling beyond legacy voice UIs,"

It's clearly going to be an exciting and eventful year for Speechly, and we look forward to continuing to work with them by shining a light on the world's coolest and most innovative voice tech.