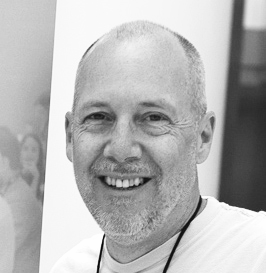 Modern tablets are becoming as powerful as some laptops, which makes them ideal for anyone on the go. As such, there are several game developers who focus primarily on tablet-oriented games. Here are four examples of awesome tablet games that are big hits among the players and what makes them such strong successes.

If you are preparing a tablet-oriented mobile game or are in the process of universalizing your game app, join us at Amazon Developer Day where we’ll be discussing what works and what doesn’t in the monetization of today’s popular gaming apps.

Even if you haven’t played Candy Crush Saga, you’ve undoubtedly heard of it – and you’ve probably gotten plenty of requests from your Facebook friends, too. It’s quite possibly one of the oldest (and one of the most viral) social games of its time, but it’s still making huge waves in the industry with fresh levels and game mechanics. It’s a matching game that requires players to create rows or columns of the same types of candy to clear levels, and its publisher, King, boasted more than 474 million monthly active users at the time of its acquisition in November, 2015.

Summoners War is an action-based role playing game that allows players to venture around the world to gather resources, engage in battle against the enemy, go up against competitors and more. Like most RPGs, there are boss fights that can produce some lucrative rewards.

Game of War is the closest competitor to Clash of Clans, and about half of the people who play both say that Game of War is far more engaging. It requires some grinding in order to build a significant artillery, but it’s well worth it in the end. It’s free to play, but those who use in-game purchases tend to fare better than those who do not.

Monument Valley is a unique mobile gaming experience that runs smoothly on a tablet with a clean, minimalist design and the kind of drag and drop, twisting animations that couldn’t exist in a console video game. With several additional chapters available in-app, free on Amazon Underground, and a range of compelling puzzles, this game has been a top seller in the App Store since its release.

As you can see, the biggest and best tablet games represent a wide variety of genres and styles, but they all share a few things in common. They have awesome graphics – even on larger screens - they truly engage players and give them reasons to keep going, and they offer lots of rewards for those who stick with it.

Are you ready to take your tablet game to the next level through stronger monetization efforts and robust gameplay. Learn what works and hear from those who have done it before at Amazon Developer Day at Casual Connect on July 20th. Register for Free now:

Pete is the founder of Modev.com and creator of events and communities including Voicehacks.com, Security by Design, Code Writers Workshop, Machinery.io, DevOpsNirvana and DevelopingIoT. Pete lives in Arlington, VA with his wife and two children.