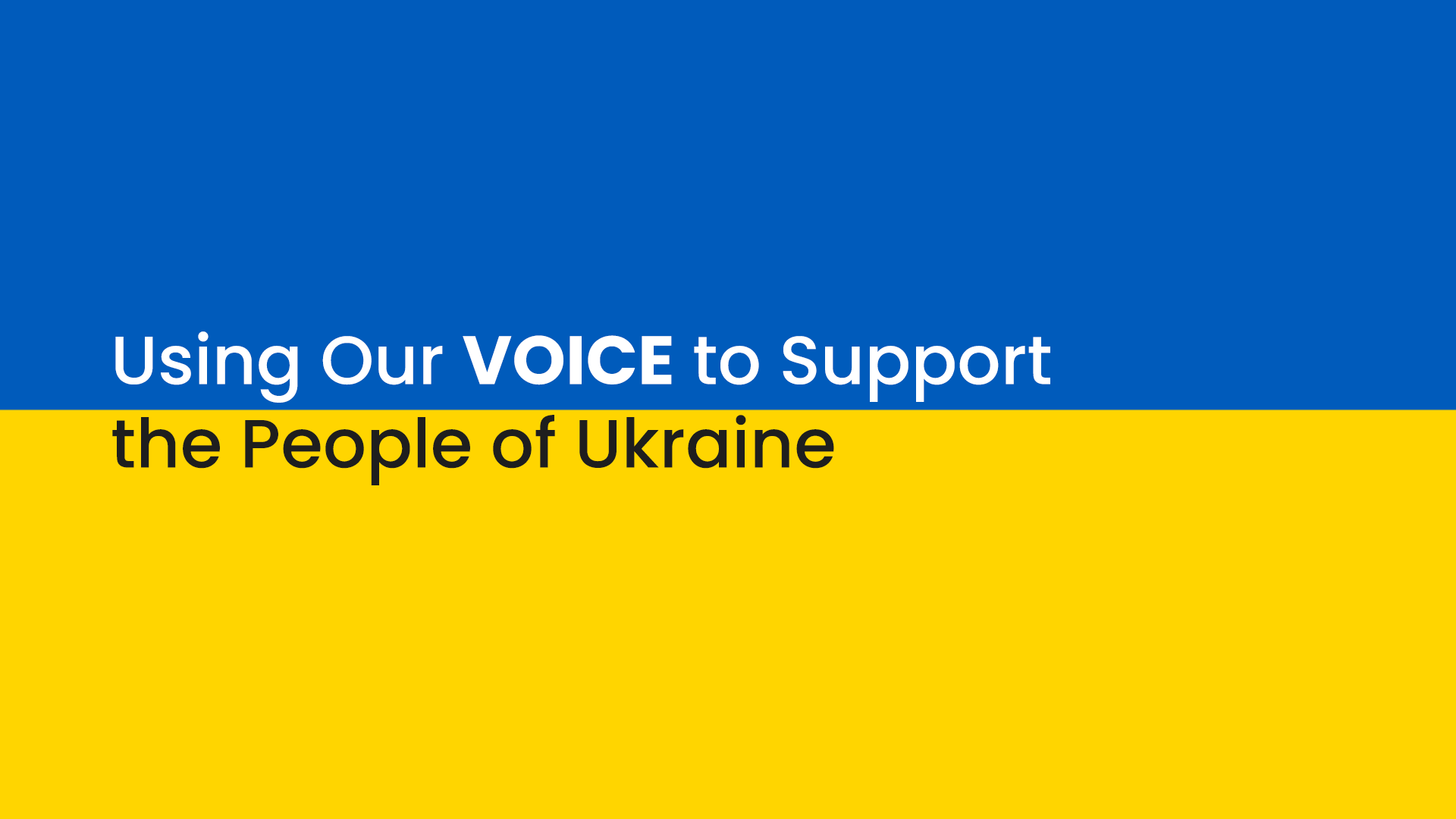 VOICE and Modev stand with the people of Ukraine

As the Russian invasion of Ukraine continues, we at Modev feel the need to raise our voices and stand with the people of Ukraine.

It is genuinely heartbreaking to see what Ukraine is enduring in the name of what many of us have the luxury of taking for granted: dignity and freedom. When we witness this kind of aggression, anytime and anywhere, it diminishes us all. Whenever any human being’s dignity and freedom are trodden on, we’re all damaged. And nothing epitomizes that quite like war.

This unfolding tragedy may seem far away, but its consequences hit close to home. And we’re not simply talking about the economic and geopolitical consequences, but also, and primarily, its moral consequences. The peoples of the world are united in their desire for peace, prosperity, dignity, and freedom. We must stand with our brothers and sisters in Ukraine and around the world whenever those values are trampled. And that’s happening right now.

While it’s critical to remain informed as these tragic events unfold - an increasingly challenging task in times of crisis - it’s equally crucial to remain level-headed in understanding that this deplorable invasion was undertaken by the Russian political class, not the Russian people. And while it is becoming increasingly common in today’s world to perceive a disconnect between a country’s political leadership and its people, it is definitely the case here. The people of Russia overwhelmingly share our values of dignity and freedom and stand united with Ukraine and the peoples of the world.

In these troubling times, Article 1 of the United Nations Universal Declaration of Human Rights is of particular significance. It states:

“All human beings are born free and equal in dignity and rights. They are endowed with reason and conscience and should act towards one another in a spirit of brotherhood.”

With that in mind, and in the name of the values we all share, we ask you - if you can afford to - to please help support the people of Ukraine by donating to any of the following organizations, or to the organization of your choosing:

Raise your voice with ours in the name of Ukraine, democracy, dignity, peace, and freedom.