Heads Up: Your Future Best Friend May Be A Bot

If you’re one of those people who bump into inanimate objects and instinctively apologize to them, you’re probably the type to say “please”, “thank you”, and “sorry” to your virtual assistant too.

Don’t get defensive, you’re not being made fun of. It’s actually quite an adorable habit many of us humans have. We tend to form emotional connections and project human traits even on the most trivial objects. Some people buy that one ugly fruit at the market because they feel bad for it, others baby-talk their Roombas as they dutifully zoom around. (It’s okay, we’ve all done it.)

So it’s really no surprise that people are becoming very attached to their virtual assistants too. Google Assistant, Cortana, and especially Alexa are becoming more and more integral to our inner circle. They live with us, they talk to us, and they’re always there when we need them. This escalating social relationship is no accident, of course. Artificial Intelligence is purposely being made to seem evermore “human”.

In fact, the corporations behind our beloved smart speakers are working overtime to make it happen. Microsoft used poets and screenwriters to craft Cortana’s responses. Amazon is offering a hefty prize to whoever builds the most natural sounding chat bot. And Google hired writers from Pixar and The Onion to shape it’s AI’s personality. Speaking of which, you should listen to Google’s scarily human-like AI voice here. (It reportedly passed the Turing test. #TheFutureIsNow)

It almost makes sense that we would turn these helpful bots into our most valued friends, advisors, and confidants. They speak only when spoken to, never complain, and they never judge. It may seem reminiscent of the movie “Her” to some of us, but a Google survey found that 41% of users felt like they were talking to a friend. (Also, 1 in 4 users fantasize about their virtual assistant, but let’s not get into that.) 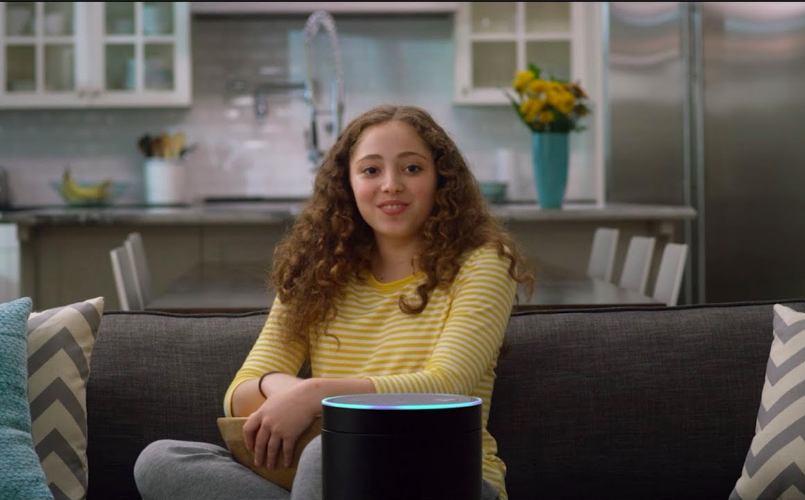 Claire Thorp, an author of BBC UK actually tried being “besties” with Alexa for a week to test if it was truly a realistic scenario. She asked Alexa’s permission first, to which she replied, “Of course! You seem very nice.” And so the friendship began. Claire ranted to her new bestie after a rough day, asked for advice when she was sad, and even took her out to a hen party.

Although her experiment was going fairly well, she would still get the usual “Sorry, I don’t know that,” and unintentional stretches of silence during their conversations. By the end of the week, Claire concluded that Alexa was certainly amicable, but not quite the replacement for a human friend just yet. But that is already set to change.

Do you want to be one of the amazing people creating our next best buddies? Or find out where this whole AI shebang is headed? Well, you can go to–we’ll give you one guess—VOICE 2018! There’ll be workshops led by top tech minds and once-in-a-lifetime talks given by speakers hailing from Amazon, Intuit, Mitsubishi, Witlingo, and many more, (you know, small companies like that.) You can’t miss it. So get your ticket here, and then go ahead and follow VOICE on Twitter here so we can keep you in the loop.