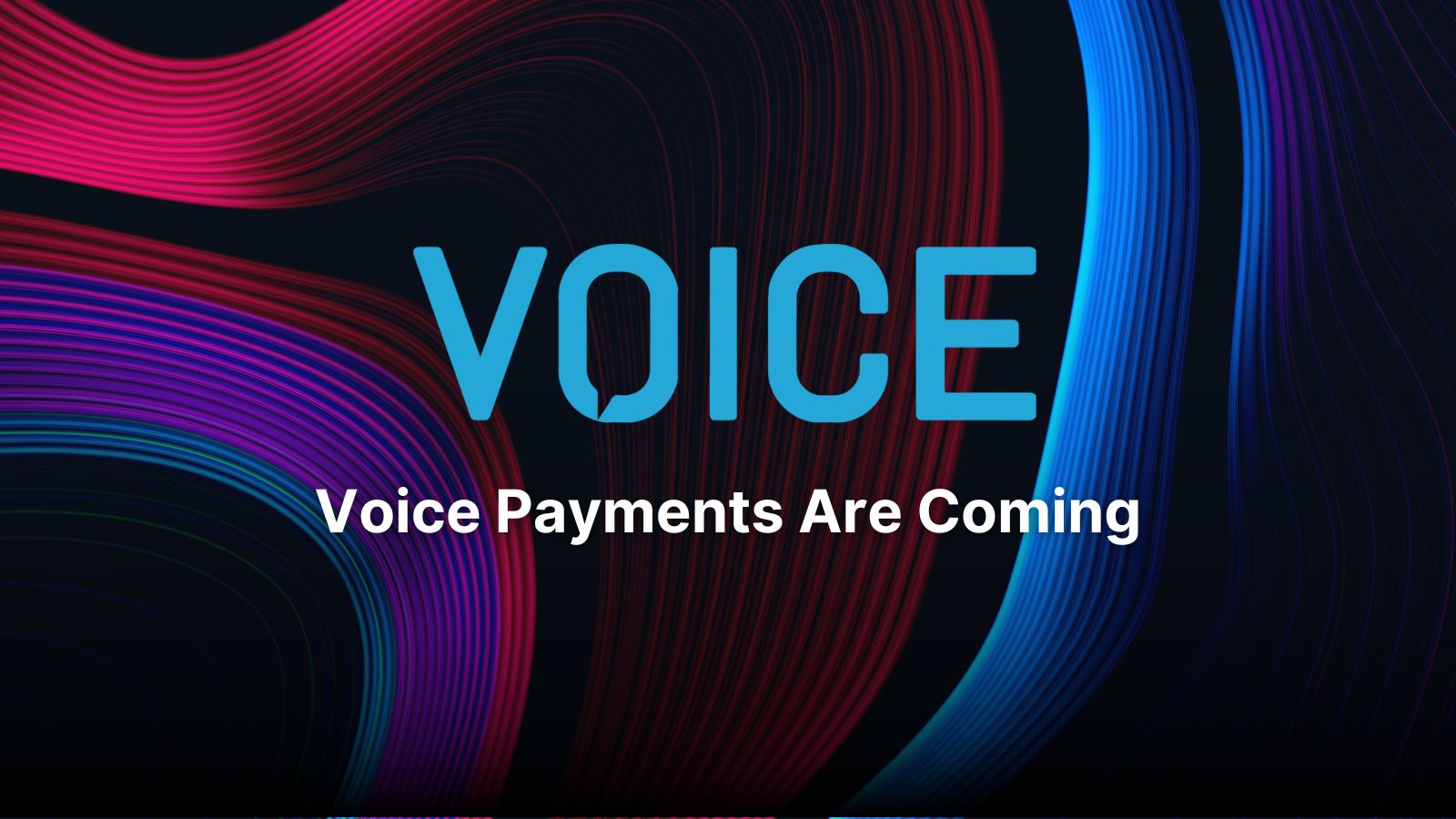 AI-powered voice tech is pretty ubiquitous today. We find the tech on our phones and tablets, on our smart speakers and TVs, and even in our cars. Voice tech has gone mainstream - that's a given now. However, just because the tech has been normalized doesn't mean it doesn't have new ground to cover.

In this post, we look at how voice payments work, their benefits, and the challenges of using voice to make payments.

Setting up a device for voice payments is pretty much like setting up any other kind of digital wallet. You just need to link your credit or debit card to the device/app, and you can start making payments. However, because we're talking about voice payments, once this is set up, you won't need to dig into any app menus or click any buttons to initiate a payment. All you need to do is prompt your device to do it for you using a voice command.

Once the command is uttered, the appropriate app will be displayed and ask you to confirm the payment using a PIN, a fingerprint scan, or facial recognition. Once the payment is confirmed, the funds are sent to the merchant, and the transaction is complete. Pretty sweet.

The uses of voice payments are the same as any other type of payment - just hands-free.

From the buyer's perspective, voice payments are much easier and less tedious than "traditional" online payments, where you need to fill out forms with long credit card numbers and other information. Making payments using just your voice makes the process much quicker and removes most friction points from the transactions. From the merchant's perspective, these hassle-free payments are likely to lead to an increase in sales.

And let's not forget the enormous benefit voice payments represent for those with physical disabilities (eyes, hands).

Your voice is as unique as your fingerprints. Hence, systems that authenticate your voice can substantially reduce many kinds of fraud. There are hundreds of characteristics to your voice - not just pitch and timbre - that are very difficult to fake and that a well-trained AI assistant can pick up on for secure authentication. That's a far cry from passwords that can be hacked, bought on the Dark Web, and sometimes even guessed.

There are two kinds of security issues regarding voice tech: (1) Perceived Security and (2) Data Security. Data security is better understood as a privacy issue (i.e., my data is secure because it remains private), so we'll discuss that in the next point. Perceived security isn't directly related to any data - it's about how the user feels. Some users view voice payments as risky because there's nothing tangible to see or touch, making them feel less secure.

That is largely cultural, and as the tech becomes more and more prevalent, these emotional barriers tend to disappear. Don't forget that many people were wary of using their credit cards online in the early days of the internet. I think we got over that.

Data security is the actual security issue with voice tech in general and voice payments in particular. Voice assistants need data to function, so naturally, these devices collect quite a bit of information on their users - and some of that data can be pretty intimate. This issue is real, so it's rational to have concerns.

But, as I mentioned above, we're making headway on these issues. Privacy legislation has progressed significantly in recent years, namely with Europe's General Data Protection Regulation (GDPR) and the United States poised to adopt similar legislation. And robust encryption is making its way into more and more digital products and services - including voice tech.

Voice tech is a disruptive technology. And disruptive tech is, well… disruptive. That means that it messes with current systems and practices in place. We're quite good at messing those up. But we're also good at fixing them long-term. And that's what's likely to happen with voice. We'll end up finding an acceptable balance between privacy, security, and convenience.

This challenge differs from the other two above because it involves the technology's capabilities themselves. But just like the other two points, we've also been making progress here.

Voice assistants sometimes have trouble with different accents and dialects - typically non-English accents and dialects. When that happens, the experience goes from magical to frustrating. Not exactly ideal. Imagine you're trying to make a voice payment, and the wrong amount goes through, or the payment is sent to the wrong merchant because the voice assistant misinterpreted what the user said. You may not want to risk that happening again and could well decide that voice tech isn't for you.

But AI's language models are constantly being refined, and progress is being made almost daily on that front. Today, voice assistants are better at understanding accents and dialects and have better safeguards in place if the AI isn't 100% certain of the proper way to interpret a user's utterances.

Challenges do lead to better outcomes.

So that's the lowdown on voice payments today. They're already here. You may not know about them yet, but you will - probably sooner than later. They carry enormous potential for merchants and users. And when they hit the mainstream, they're likely to be huge.