How Major Publishers are Adapting to the Voice Movement 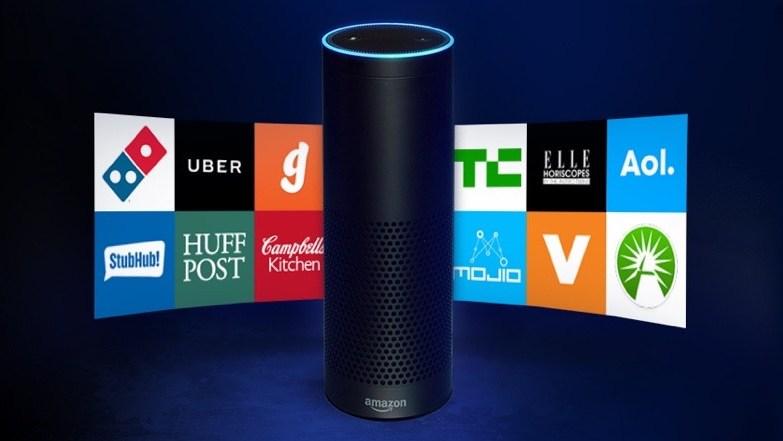 
Remember when newspaper and magazine publishers were protesting that the internet was making them obsolete? Well, things just got a whole lot worse for the traditionalists out there.


Just like every other brand on the market, publishers are waking up to the reality that voice is rapidly changing the way people interact with products and services. Long gone are the days of finding a tightly-rolled newspaper on your doorstep. Today, getting informed usually involves someone sipping their morning coffee before casually asking their home assistant to read them the latest news. It’s not “millennial nonsense”, it’s just the next logical step for technology.


It makes sense for people to want to get informed this way. Listening is much easier than reading, (audiobooks, anyone?). From The Washington Post to Vogue, here’s what some forward-thinking publishers are doing to make sure they still have readers when voice tech finally takes over (and oh, it will).


Owned by the one and only Jeff Bezos, this popular American newspaper has been aggressively embracing new tools and platforms since the Amazon overlord took over in 2013.


It began with the daily politics flash briefing being translated for Amazon Echo, Tap, and Echo Dot. When we say ‘translated’, we actually mean the author Chris Cillizza records and edits the audio himself. It’s about an extra hour of work, but this small effort by The Post has spawned surprisingly good results, like two sponsorships to pay for its Alexa channel.


The Post intends to add more flash briefs and step up their Alexa Skill game to reach as many audiences as they can. Joey Marburger, their director of digital products, revealed in an article, “We haven’t invested significantly more time than on other platforms, but what we have done has paid off insanely well.”


After catching wind that 62% Britons are happy to use voice controls, this UK-based newspaper began converting a their text articles to audio. From lengthy opinion pieces to “What to watch on TV this week”, the publisher has been converting texts to audio using Amazon Polly so their 900,000+ subscribers can get informed with less effort.


At first, the publisher cautiously slid their new audio-based offer to just 10% of their subscribers. They did encounter a few hiccups with abbreviations being misread by Polly, and then there was the list of stock prices and market data which sounded like an unhinged salesman when read out loud.


While Financial Times hasn’t released any formal data on how their little experiment is performing, Chris Gathercole, Head of FT Labs, said people are coming back regularly. What’s more, his team is currently looking into converting their content to be read by virtual assistants like Alexa and Google Assistant.


This well-known fashion and lifestyle magazine went a tad beyond converting text to audio. They made their publications interactive.


In honor of their 125th Anniversary, Vogue struck a collaboration deal with Google Home so that readers could ask the Assistant for more information on five articles in their September issue.


The deal was that after hearing the article on, say, Serena Williams; Google Assistant would announce that the reader could ask for exclusive content on Williams. The listener would then say something like, “Okay Google, ask Vogue to tell me more about Serena Williams.” Then the voice of a Vogue writer would pipe up with behind-the-scenes tidbits and anecdotal experience with the celebrity. (You can see a video of this in action here).


It sounds like a fun campaign, but the overlap of Vogue readers and Google Home owners isn’t all that big. Still, the partnership introduced an exciting possibility for publishers and the results of the campaign showed users actually dig this new kind of interaction.


This business news giant went all in and created their very own Bloomberg Alexa Skill to read out flash briefings on business, politics, and world news in under three minutes. Going by the reviews, it seems to be doing pretty well. One happily says, “I listen to this every day!” Another highlights a major selling point, “No internet ads!”


It wasn’t hard for Bloomberg to move onto the Echo either. The publisher has plenty of experience with audio considering their robust radio business, so it only took four people to get their voice-activated show on the road. Ambika Nigam, a head at Bloomberg Digital feels optimistic about the future of publishers in a voice-dominated society, saying:


“Right now, the real currency is understanding how people are using voice interfaces so that we can deliver a truly delightful and personalized experience.”

Now let’s talk about you. If you’re also looking into ways for your publisher or brand to deliver “truly delightful” experiences using voice tech, then get your curious self over to VOICE. It’s a 3-day event over in New Jersey’s most populous city (that’s Newark, btw) where streams of voice experts and visionaries will be doling out their precious knowledge. You might want to get in on this whole voice thing before it’s too late. Just sayin’.